“Why did you give him up?” The group leader asked.

“Because I was naked, and they told me to.” She paused, remembering the experience. “After it was gone, I took a whole bottle of lotion and rubbed it all over me.” She paused again, staring somewhere out behind the others.  “Besides, who loves anything one hundred percent anyway?”

“I do,” another said without hesitation. The rest nodded.  “He did.”

“Why do you and your husband have separate bedrooms?”

We removed the rail from the younger boys bed. The older boy had some concerns, “How will Jared not fall out of bed?”

“Through experience?” The older one asked.

On the topic of characters and narrator perspective in music, my nine year old suddenly asks, “What character wants sugar poured all over them?” referencing the lyrics to Pour Some Sugar on Me. 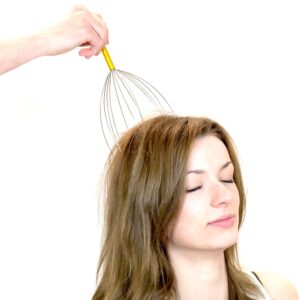 My son came home from vacation with this wire head massager and a few days later was anxious to know if I tried it. “Dad,” he said. “Did you try the head massager?”

It didn’t really do much for me, but he was excited so I simply said, “Yeah it’s good.”

“It feels better if someone else does it it to you. I don’t know why, but it’s not as good when you massage your own head.

Long before the Internet made trite every poignant quote from every brilliant mind, my grandmother was fond of reminding us during every family argument (which happened every family meal), that famous quote from Voltaire, “I do not agree with what you have to say, but I’ll defend to the death your right to say it.”

And growing up in a family that encouraged lively debate, it was never more important to understand: you get to say whatever you want, others don’t have to like it or agree with it, but we have a right to our opinion, and both sides have to support a society that allows people to have rights, because we all benefit from that.

Let’s imagine you work at store that only sells peanut butter and jelly sandwiches. The store does great, and business is good because most people like PB&J. So for years you are happy in your work. But then, a growing percentage of the population comes in and says, I just want the peanut butter please. You’re disgusted by that, which is fine, but the boss wants to keep customers happy, and give them what they want, because they’ve asked for it, and a business does not succeed unless it serves the customer. The boss says the store is going to offer the usual PB&J, but also just peanut butter, spread on two slices of bread.  And for that matter, those who want just jelly, well the store will sell just jelly spread on two slices of bread too. So all combinations are accounted for.

But you know what you can’t do?

You can’t make the boss stop selling them. You can’t claim that you will only sell the PB&J because you object to the other varieties on the grounds that you don’t agree with it, can’t make sense of it, or because your personal dietary dogma doesn’t include this particular variety of sandwich. It’s not your store and the owner decided to cater to the people who are his clientele. They’ve spoken and he’s listening. You don’t have to continue working there, that’s your choice. Or you can stay on the job knowing that your job isn’t necessarily a reflection of you and your beliefs. And it doesn’t mean you have to suddenly like or agree with these new homogenous sandwiches. But, you have to decide what you are going to do, and it can’t be forcing people to adhere to your beliefs, you just have to do your job, or get another one.

I don’t stand up and say much about gay marriage…or gun rights, or water rights in California, or a myriad of things that don’t affect me much, but I do believe in everyone’s right to have the same rights.

So to Casey Davis, Kim Davis, and any of the other local government officials who would refuse to issue marriage licenses, like it or not, this store called America offers the right to marry to every customer who walks in the door, and just like other products they offer: the freedom of speech, the right to bear arms, freedom of religion; you don’t have to agree or engage in them, but you can’t stand in the way of those who do.

My nine year old has a virus called 5th disease, it’s also called slap cheek because it makes his cheeks beat red. It harmless and will pass in just a few days, which makes the timeliness of his joke all that much more impressive.

Adding to the unique set of circumstances, he and his brother just started showing an interest in padded sword combat.

They were out fighting and the older boy hit him quite hard across one side of his face . When I’d heard about it later in the day, and asked him if he was alright he said, “yeah, I’m fine. It just looks like I have 6th disease on one side.”

I’ve always wanted to create an adult diaper product called Definitely, I would stipulate that it has to be on the shelf right next to Depends. Which would you buy?  Ehhhh…Depends? Or Definitely!

I was out sick, and when I returned, one of my employees showed me a video of another employee falling off a mechanical bull. They had both left the office for a bit of fun that was going on outside the building. I wrote her this letter complete with the video linked below:

Subject: Holy Cow Am I Disappointed

It has come to my attention that while I was out on Tuesday, you were not at your desk as expected. To be quite frank: this is Bullcrap. And don’t give me any Cock and Bull story about having nothing to do. I know working it CIT isn’t exactly a Cash Cow opportunity, but it was a Bull-Headed move that doesn’t surprise me, given your attitude toward being inside on a nice day. When the sun is out, it’s like you’re a Bull in a China Shop.

I expect you to be an independent self-starter, to take the Bull by the Horns and not Fall Down on the job. But I’m not going to Have a Cow over this. You may have missed the mark on this one, and we could talk about it Until the Cows Come Home, but  if you want to hit the Bull’s Eye, my advice to you would be to Steer clear of repeating this Heifty oversight, and if you work hard and not Cower from the challenge, you will be Back in the Saddle in no time. 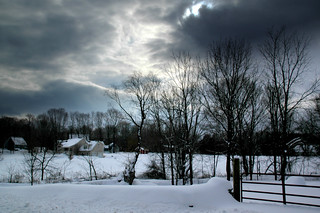